Horseshoe Bend has been on my bucket list since looking through my dad’s Arizona Highways magazine as a kid. I always thought it was this tucked away remote area and it wasn’t until the growth of Instagram and bloggers that I realized this is easier to get to than I thought. Like, really really easy to get to. In my previous blog post about Antelope Canyon, I talk a lot about Page, Arizona, hotels, restaurants, other activities to do – I’ll spare you those details again. Please note that Horseshoe Bend is about a 10-15 minute drive and all of 5 miles from downtown Page and is right off of the 89 freeway. 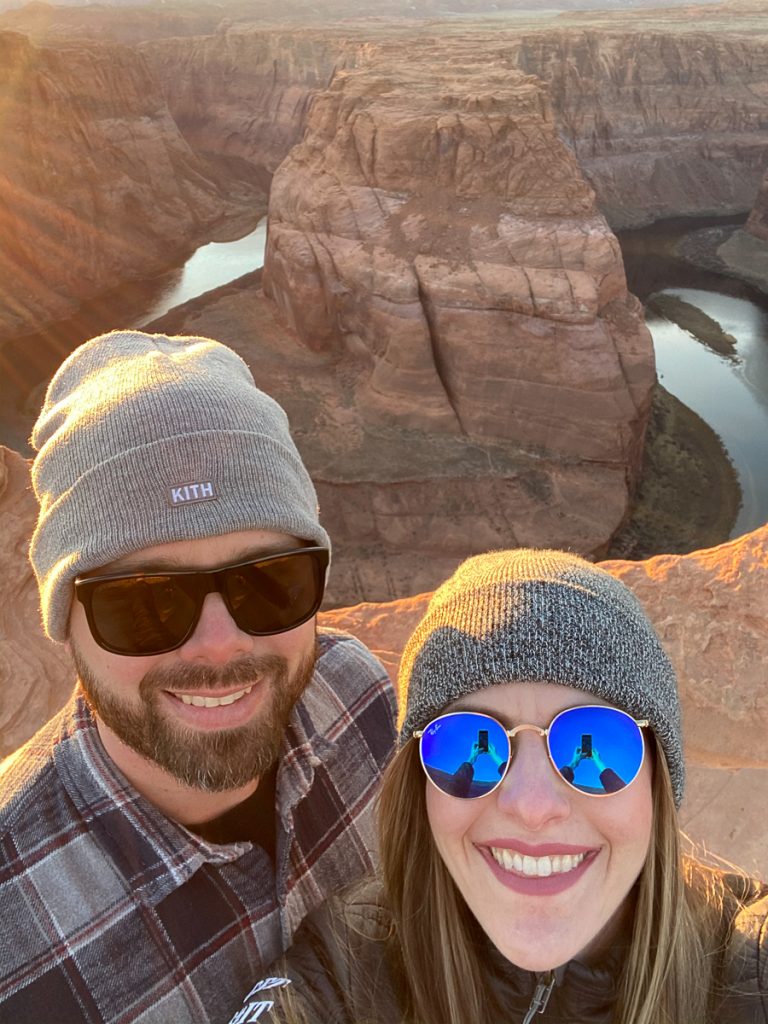 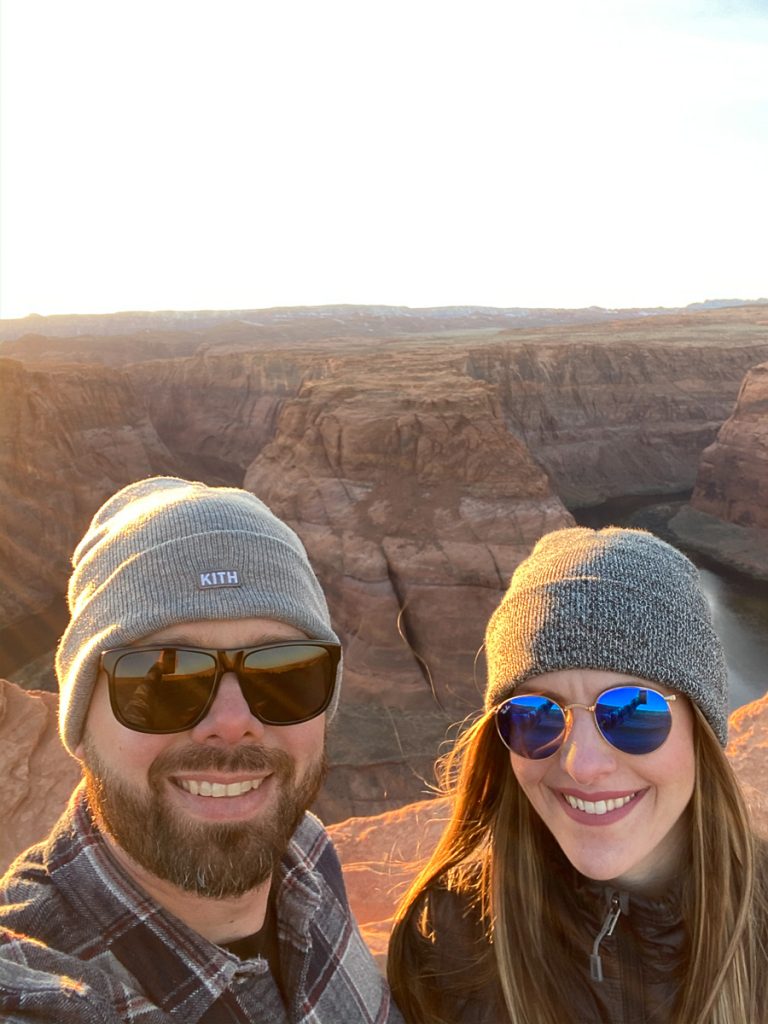 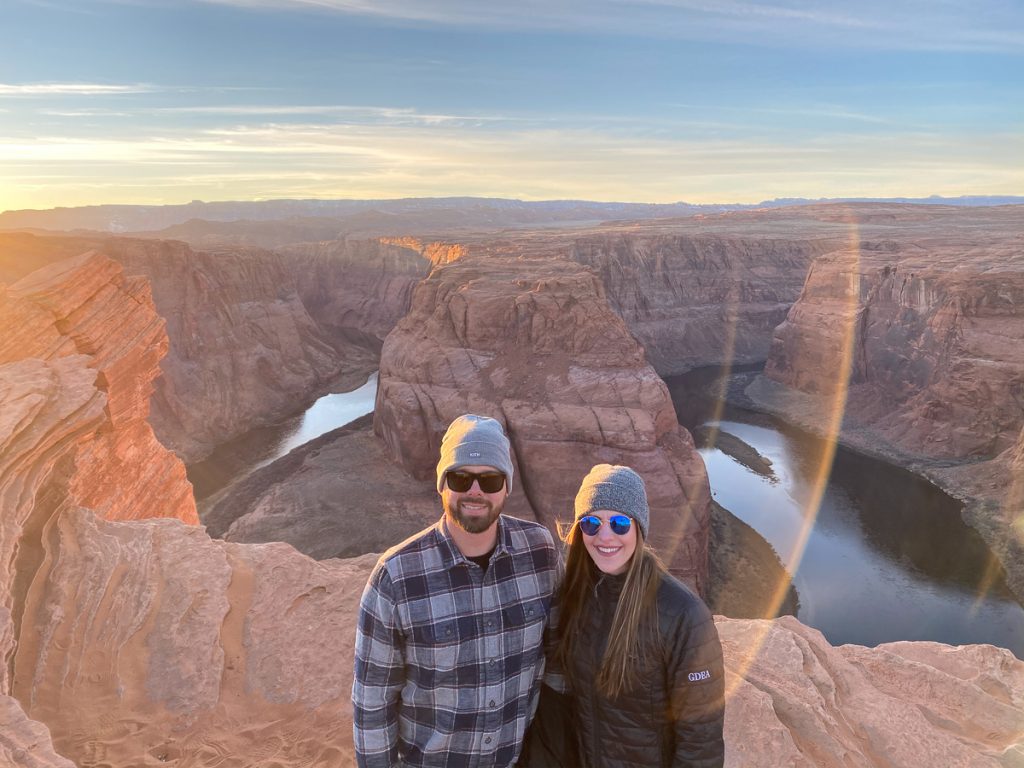 Driving to Horseshoe Bend (Google Map), you turn into a visitor’s parking lot right off the 89 Highway in order to gain access to the scenic overlook where these photos were taken. There are entrance and parking fees, which for cars it was $10 total when we went, but commercial vans or shuttles cost more. Here’s a link to those prices. Parking on the side of the 89 highway is illegal. Also, I thought there were hours of when the visitor’s parking lot is open, but now I can’t find that information anywhere. If you want to play it safe, I’d say to travel there only during daylight to ensure that it will be open. I’ve heard of people going for sunrise and sunset, so those times and anytime in between should be fine. Here are links to more information:

Once you park, it’s about a 15 minute walk/light hike down to the scenic overlook. I’ve read websites that say it’s .75 of a mile and others that say 1.5 miles. The attendant who we paid for parking warned us about the tough terrain and hike down to the overlook. In my opinion, it’s a pretty easy walk. I believe they have to cover themself if someone needs assistance walking. We saw a lot of families with small children. I will say that if you take your children please make sure they are near you at all times as there is only a small area with a guard rail. 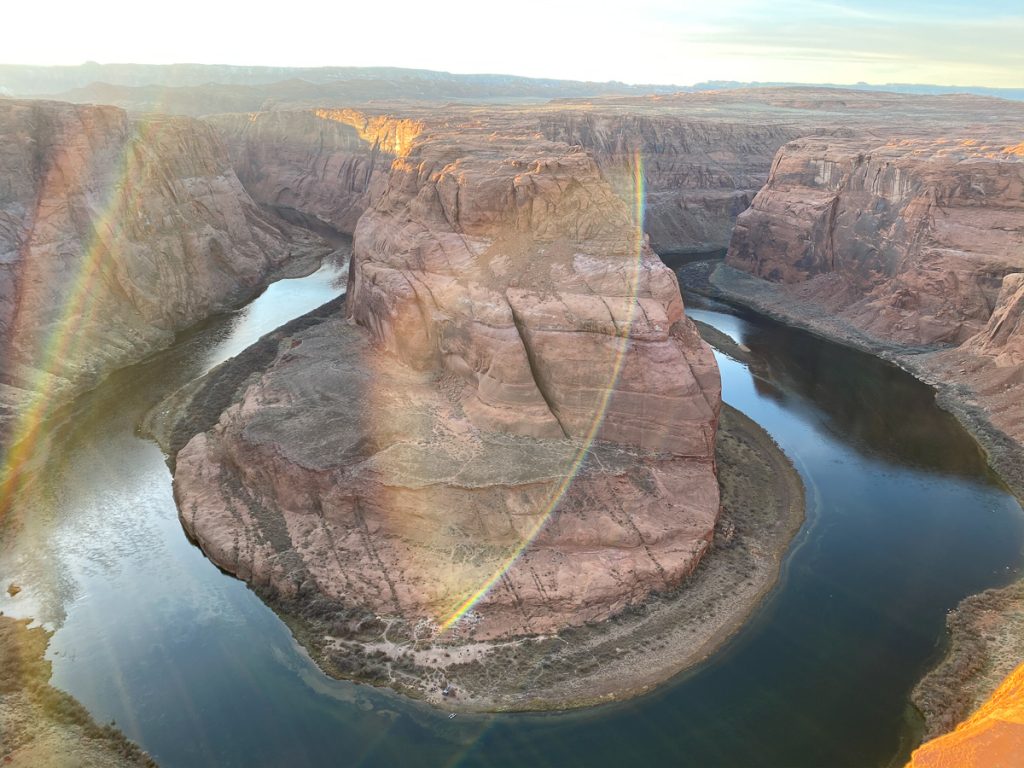 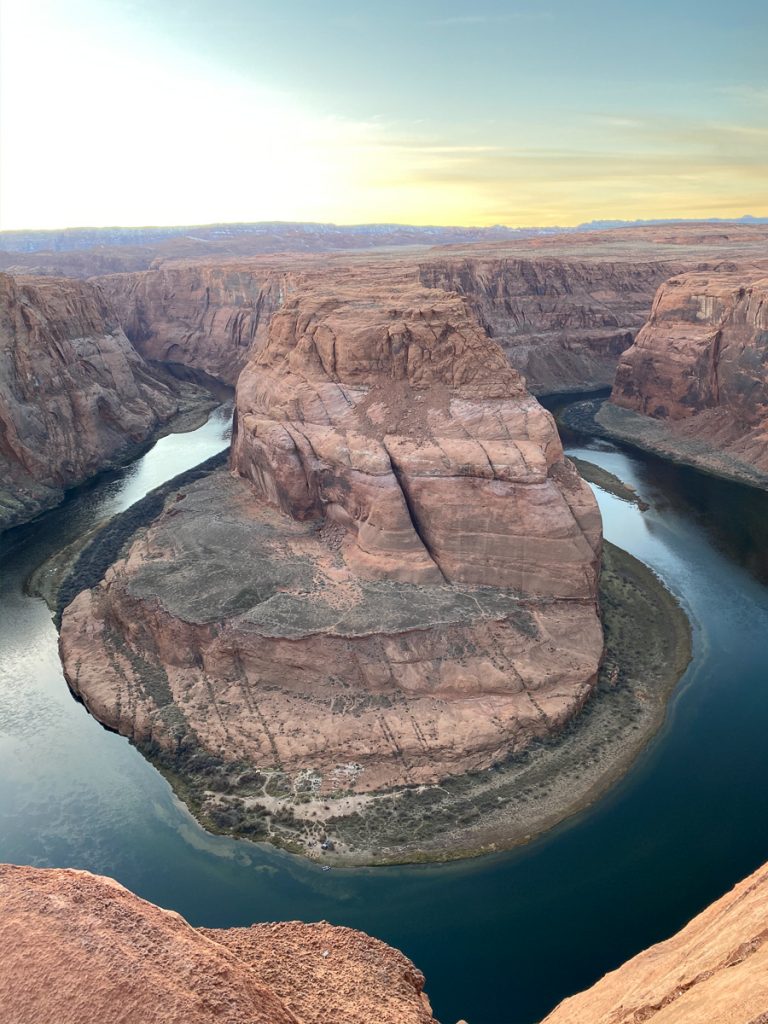 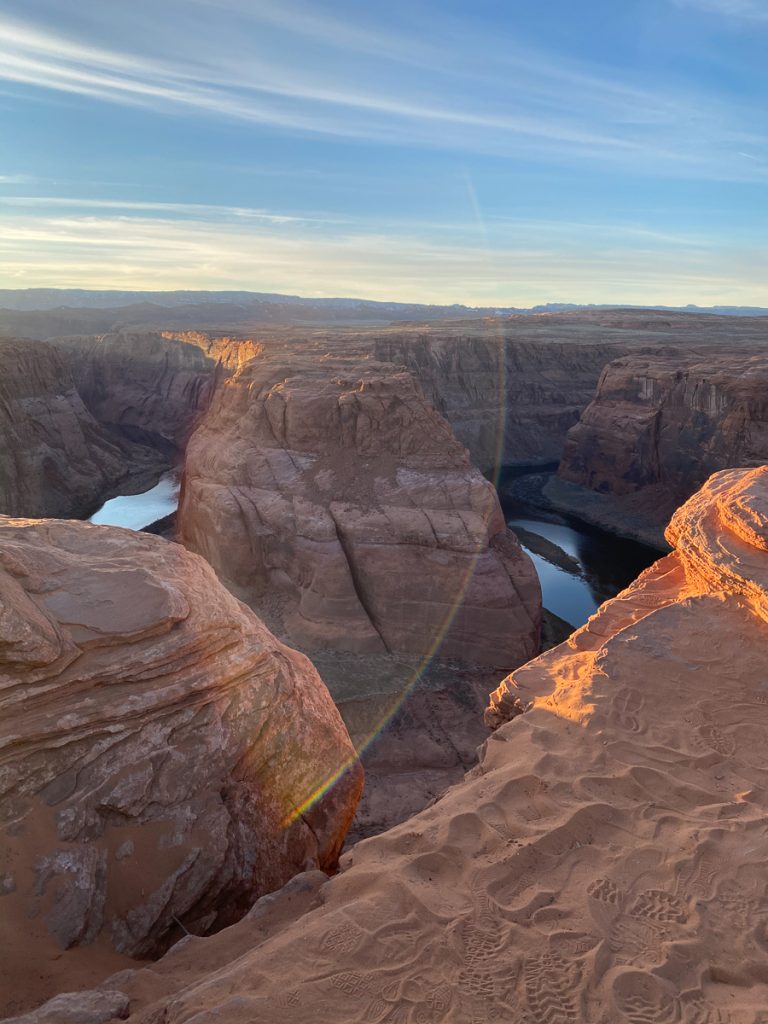 You can imagine how busy this natural attraction is during peak hours. (Peak hours are at sunset, sunrise, and during the months of April to October.) Everyone wants “the photo” so the crowds of people hovering in the same space is definitely tricky to maneuver. I was surprised by how much space along the edge there is to spread out if you need to. We thankfully made friends with a very tall man who was able to get a photo of us with a great angle, but otherwise you can see some of the obstructed photos that I took. Aaron is very afraid of heights and is also very safe, so he made sure that neither of us got too close to the edge. Grabbing that perfect photo and being safe is a little tricky, but there are definitely areas where you can accomplish it. I will say that wide angle cameras or getting a shot from a higher viewpoint would be ideal to capture everything. There was a sign that said no drones due to the proximity to the airport.

We went just before sunset around 5pm on January 10, 2020. We were planning on going for sunrise the next day, but when we realized how easy it was to get there we rushed before going to dinner. It was in the mid to low 30’s, but the sun felt really nice. Once that sun went down it felt like it dropped 10 degrees. My hands have never been so cold!

PSA: We saw someone doing backflips right on the edge while his friend photographed it. In my photos you can see that there is a lot of loose sand on top of rock, which makes it very slippery. What you can’t see is the drop just on the other side of the edge. It’s straight down and there is nothing underneath to break your fall. I’m usually the one who will push my limits to get to the very edge, but after Googling “deaths at Horseshoe Bend” I realized that the headline of “Bride Dies on 6-Year Wedding Anniversary” wasn’t the title I was going for. Most of the incidents report that the victims “slip and fall”, so please be safe! 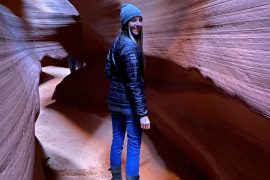 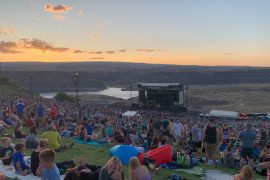