Read On For Baby Shower Inspiration, Budget and To Do's...

This past weekend was my cousin’s baby shower. Her and her husband are parents-to-be of a little boy and are due September 19th. My cousin, Sara, is more like a sister to me than a cousin. Since around the time we turned 4 (we’re a month apart), I’ve lived in Phoenix and she’s lived in Illinois. Every summer her dad, brother and her would come to Arizona for a few weeks. I’m so thankful for those times because that’s definitely why we are so close. Naturally, when she told me she was pregnant back in January the first thing I thought of was that I need to have kids now so they can grow up together (later ruled that out after talking to Aaron because that’s crazy – lol!) and the second thing was that I want to throw her a baby shower. Typically when I throw a baby shower or a bridal shower for someone, the honoree shows up the day of not knowing what to expect. Sara was the complete opposite! It definitely threw me off because I was so used to doing things in secret to surprise the honoree and taking control of everything. It was actually really nice because planning a shower in another state can be very challenging. Plus, it allowed us to do it together (Sara definitely took charge and did most of the planning , but I was able to provide suggestions or be a sounding board when she needed me.) If you’re planning a baby shower or even a bridal shower, I have a few tips and tricks to share.

My Fav Floral Dresses For The Baby Shower Guest 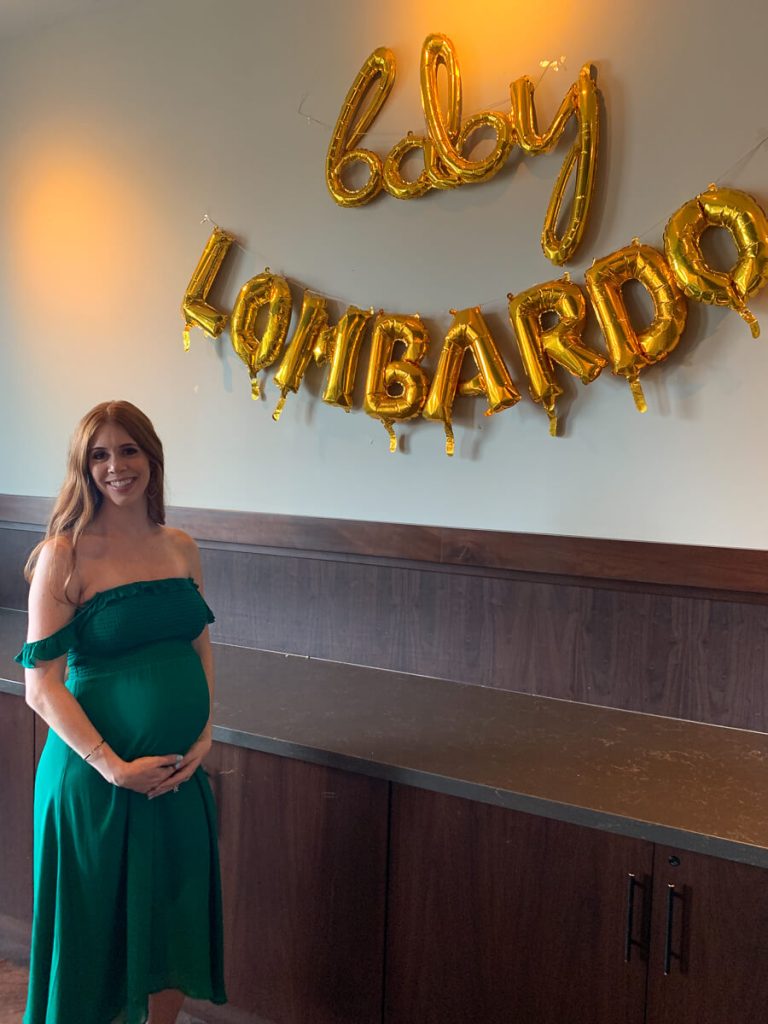 For this shower, one of the parents-to-be’s favorite things is enjoying wine together. Sara knew that she wanted a brunch time shower, so having a mimosa bar or a MOM-OSA Bar was a non-negotiable. Sara found a recipe for a sorbet non-alcoholic bunch as well. As for activities for the guests, we had advice cards for guests to write on for the mom-to-be and a book to enter those into for Sara to read later, which was found at Target and is a simple 4″x6″ photo album. We also had a diaper raffle. On the invitation, there was a note for guests to bring diapers so that we could raffle off a prize for those who brought some. For the prize, Sara raffled off about eight names and gifted each winner a gorgeous floral arrangement, which was also the center pieces. Another activity that was listed on the invitation was the fact that Sara would have a display table instead of opening gifts. Each guest was told to bring their gift unwrapped so that it could be displayed on a table for everyone to see. That allowed Sara more time to visit with her guests instead of unwrapping presents in front of everyone. Lastly, she asked for books instead of cards and each guest wrote inside of the book like a card to Baby. If you decide to go this route at your shower, I highly suggest adding the top 30 books to your registry in order to reduce receiving multiple books. If you do receive multiple books (that you can’t return because they are written in), you’ll be able to have one for the car, downstairs, upstairs, grandma’s house, etc.

As for baby shower games, there are so many games that I’ve played multiple times and multiple baby showers, like guess the circumference of the mom-to-be’s belly with string, if you hear someone say “baby” you can steal their laundry clip, gift bingo, etc. If you’re the first person out of your friends to have a baby shower, it’s fun to play those games, but it seemed like Sara has played most of those games at other shower’s that she’s been to, so we found a game that would allow Sara to get more personal with her guests. (Click on the Inspiration Board link or the To Do list to see an example.) Sara and Nick came up with a few questions that were specific to them as babies or children and the guests had to guess which statement was true for which parent. Some of the easy examples were, who was born in October or who was born at Rush hospital. Some of the harder ones were, who had a bowl haircut for years, and who said the “f-word” first at the age of 4 – lol! The harder questions allowed for a story from the parents-to-be and sometimes the grandmas-to-be too. Since the shower was at a private room of a restaurant, Nick was at the bar with some of the other gentleman and Nick was able to join us for this game. I recommend getting creative and personal with your shower games because it seems as a guest those are always the games I enjoy the most. Depending on how much time you want to spend on other activities, I’d say only 1-2 games is needed if at all. 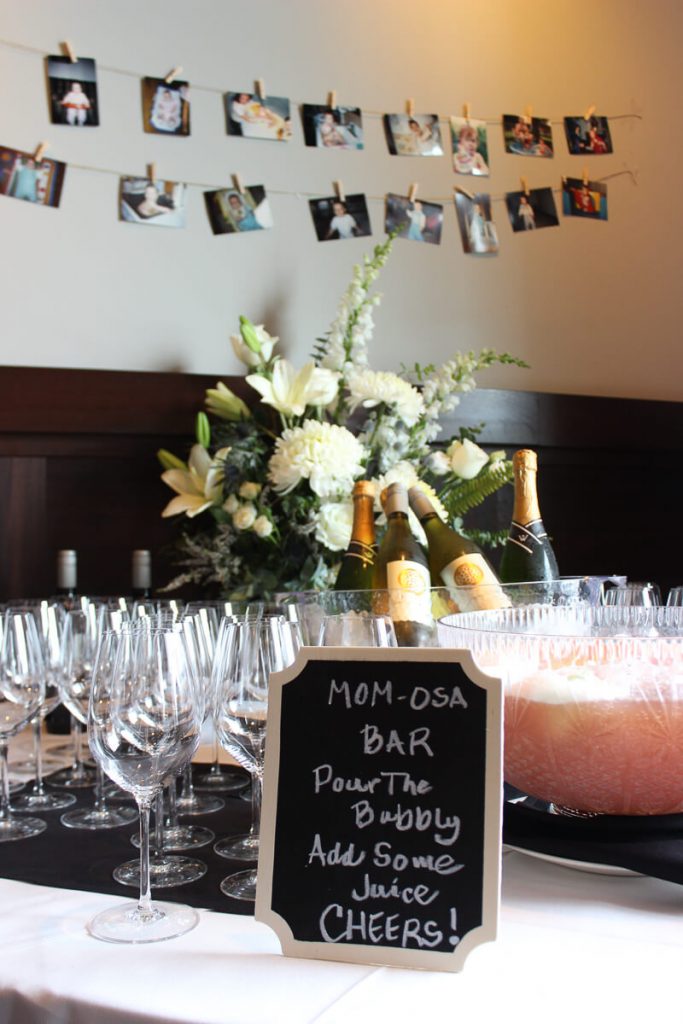 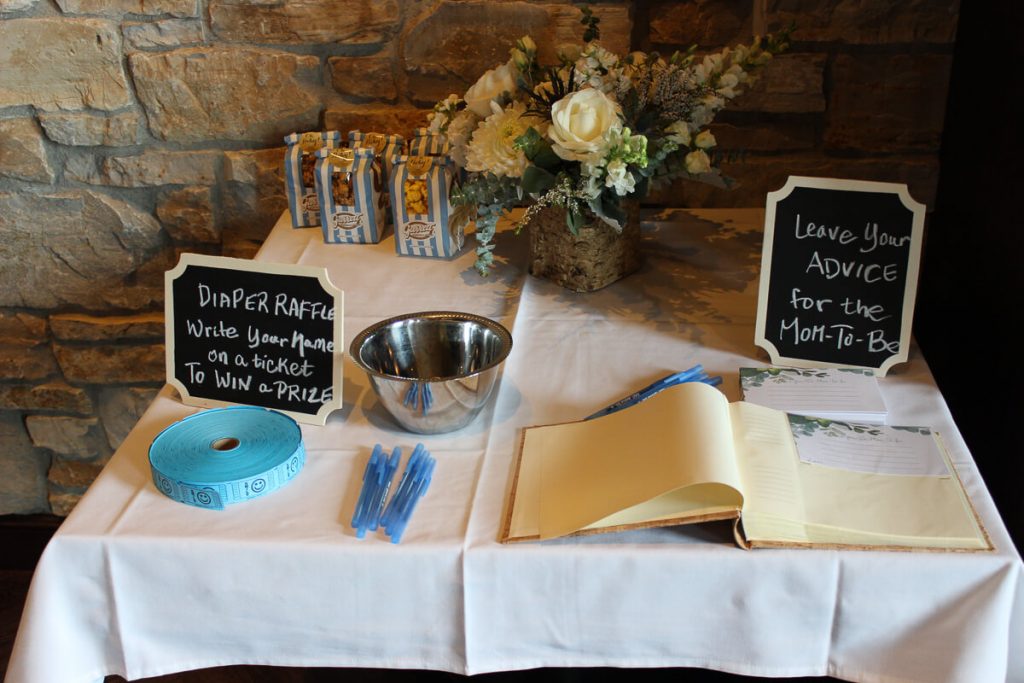 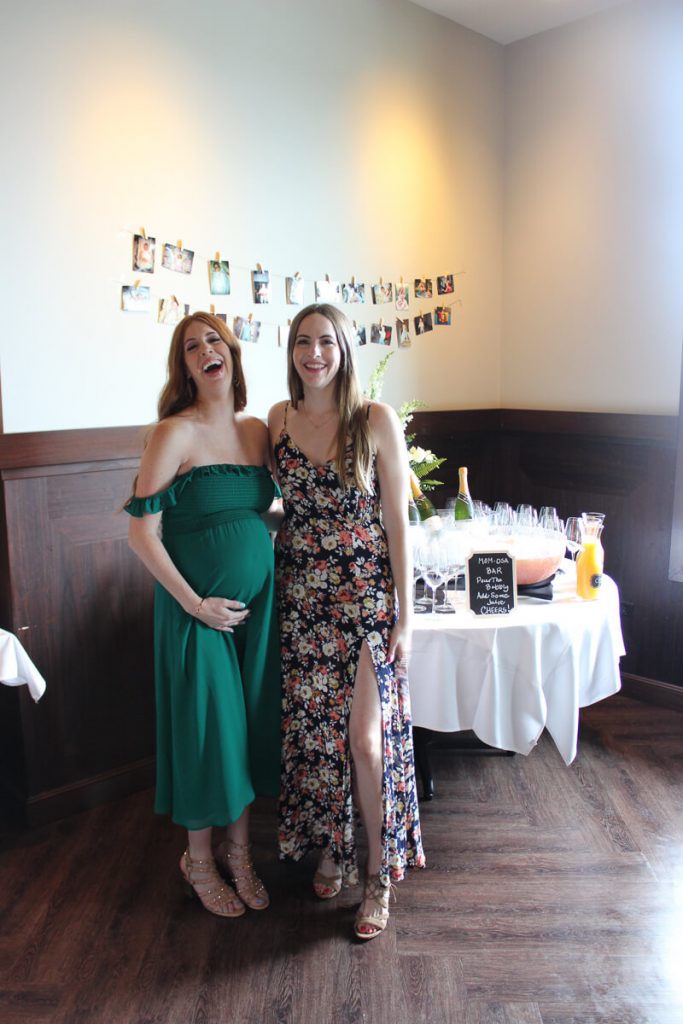 Sending your guests each home with a gift is definitely not necessary, but it’s always a very nice gesture. Sometimes you can combine the gift with an activity. For example, at the Robbins Brother’s Engagement Ring Store event that I planned last year, I arranged for a table for a “Flower Bar” with loose fresh flowers, empty vases and cutting shears for guests to create their own arrangements to take home. I’ve also gone to baby and bridal showers where that activity took place too. If you collect vases from friends and family members who no longer want their vases and purchase flowers from Trader Joe’s or Sprouts, it can be pretty inexpensive. Another activity that I’ve been dying to do, but it’s on the expensive side, is hosting a flower crown making station. This would allow the guests to get creative with their own crowns and wear one during the event and in front of the photo wall for their photos. If you’d rather go the route of simply getting party favors, champagne splits with a label that says “Pop when she pops” is pretty popular. For this Chicago shower, the grandma-to-be purchased Garrett Popcorn for everyone to enjoy as it’s a staple in the city. I’ve also been to showers were their was a basket by the door filled with mini nail polish bottles or lip glosses for guests to choose and put in a cute little drawstring baggie.

Having a prize for the diaper raffle and any games played is always a nice and thoughtful touch to any shower. This doesn’t have to be extravagant, but something fun or within theme would be a cute touch. For the diaper raffle, the centerpieces were used as the prize, but for the actual game a $50 gift card to the restaurant that hosted the party was awarded. A prize does not need to be that pricey, so don’t worry! Plus, the dad-to-be received a discount on the gift card, which was nice. Other ideas are gifting gift bags with a beauty pack inside or a cute friendship bracelet from Gorjana, DIY at-home pedicure kits, etc. Something to keep in mind is that there is always a tie when playing a game. We had a tie-breaker question, but had to then go to “pick a number between 1 and 10.” If you have multiple gifts that would be an easy way to plan for a tie. 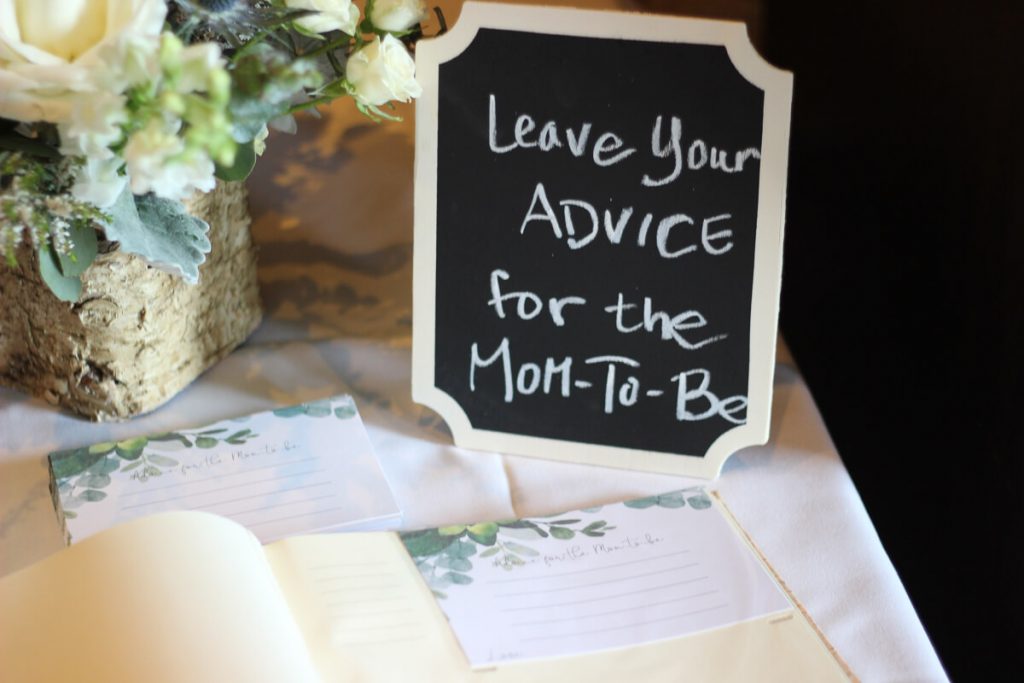 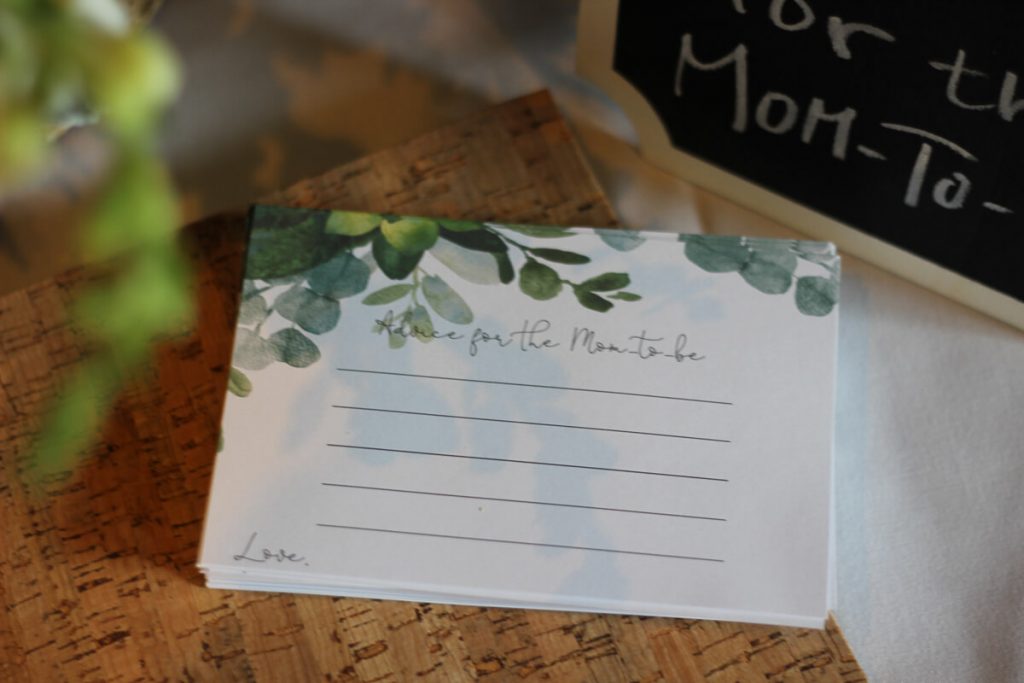 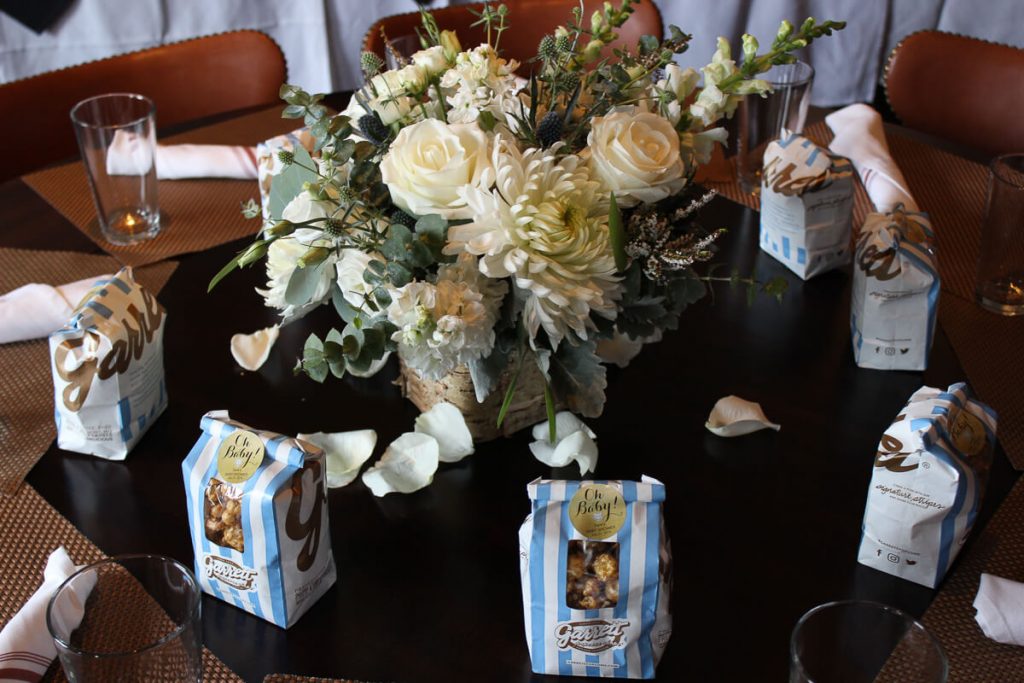 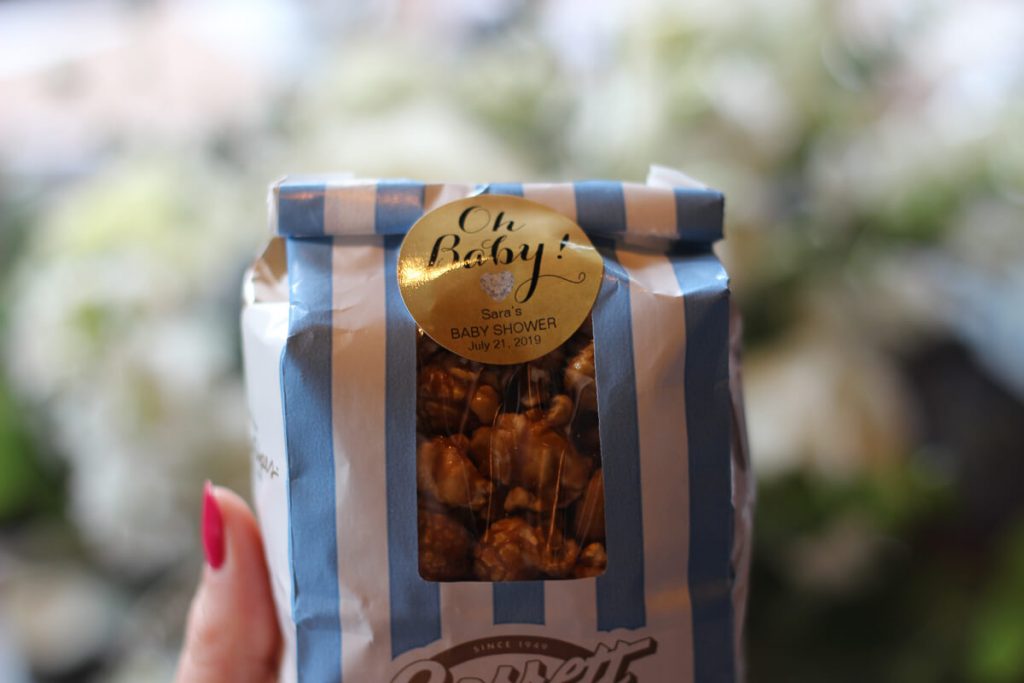 To get started in planning your shower or a shower for a friend, I highly suggest that an inspiration board is created. This will allow for a general theme to develop and if you’re planning it for the honoree and they have a theme in mind then the two of you can ensure you’re on the same page. It’s so simple to create this. You can go on Pinterest and pin ideas to a shared and/or secret board. You can save Instagram posts to a folder that only you can see. Or you can take screenshots and paste them into a shared Google doc like I have here as an example for you to see. Once you have the general theme, it will be so easy to pick a venue, date and time.

If you’re debating on a couple different ideas for a baby shower and you’re not sure which idea to move forward with, I highly suggest sourcing some of those ideas to get a general cost. Then create a budget with a few different options so you can see the price difference between those options. For Sara, we debated doing a flower crown making station which would take place of the guest activity and gift, however in the end it was less expensive to break out the activities and the gift. If you are splitting the cost of the shower with other friends, then a budget is a good place to make sure everything is paid for equally and within range. The budget doc I created is meant for multiple options, but you can delete the multiple option columns if you are wanting to focus on one main option instead. Click here to see an example as well as a template via Google docs.

CLICK HERE TO SEE AN EXAMPLE BUDGET & A TEMPLATE FOR YOU TO CREATE YOUR OWN!

The most important part of planning and executing any event, whether it’s a baby shower or even a wedding, is the to-do list! Through my professional career, I’ve always been a huge fan of to-do lists, especially when planning an event. Now that event management is my full-time job, I’ve stepped up my to-do lists thanks to my boss. I’ve based this to-do list template off of the to-do lists that my boss creates and that I create now too. I like it because it is broken out by individual task groupings or categories. Plus it has an area for who is doing want and when it’s due, which is key when you’re working on an event with another person. Click here to view. You can share this with the other people you’re planning with or simply keep it for yourself to use as a way to check in with them and make sure everything is being completed. You can adjust this to-do list for wedding planning with your vendors too! Other tabs in this Google doc are examples of printables you might need or signage along with a tab for the questions and examples of the game I mentioned earlier. Something Sara did was purchase a template off of Etsy for her invitations that has a general design on it and she used that as the background for the game and advice cards, which she printed at home from her own printer.

CLICK HERE TO SEE A TEMPLATE FOR YOU TO CREATE YOUR OWN TO DO LIST ALONG WITH EXAMPLES OF PRINTABLES/SIGNAGE YOU MIGHT NEED AND A GAME TO PLAY! 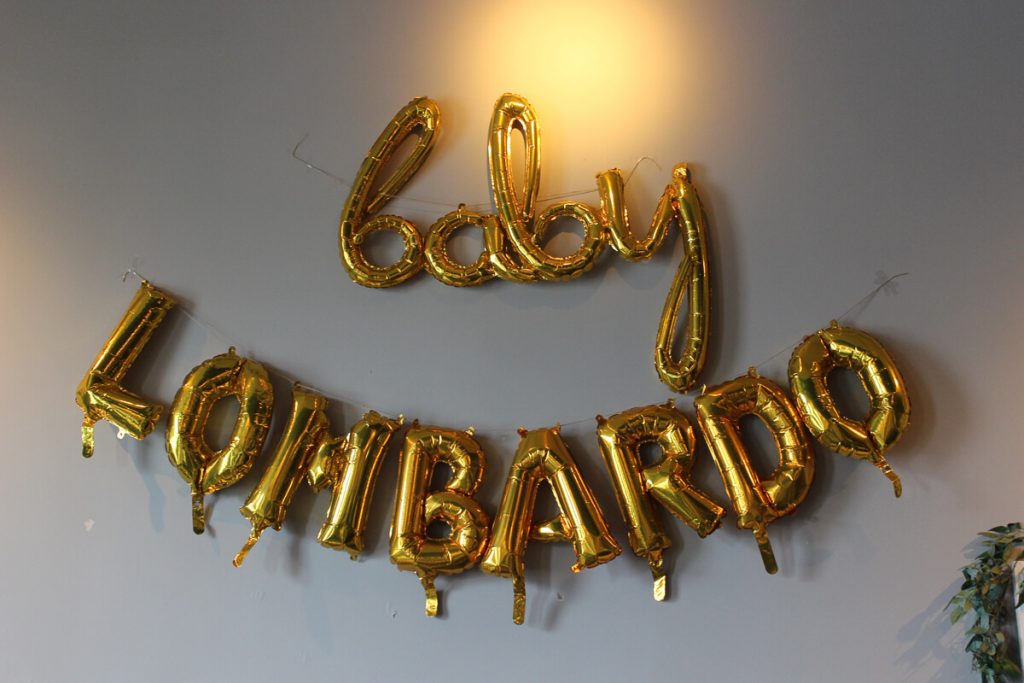 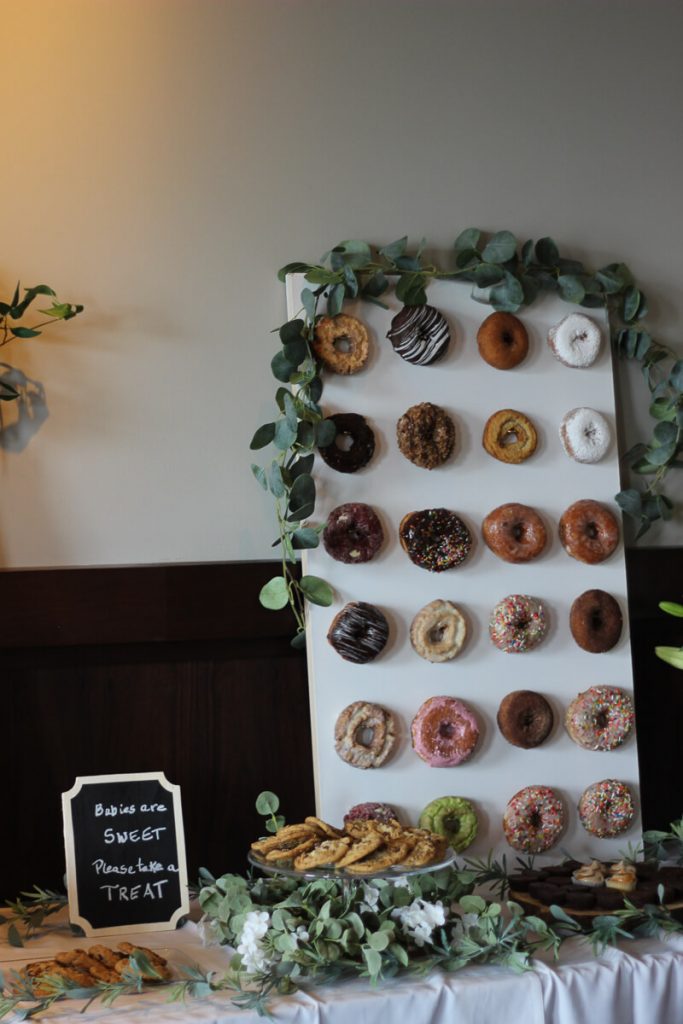 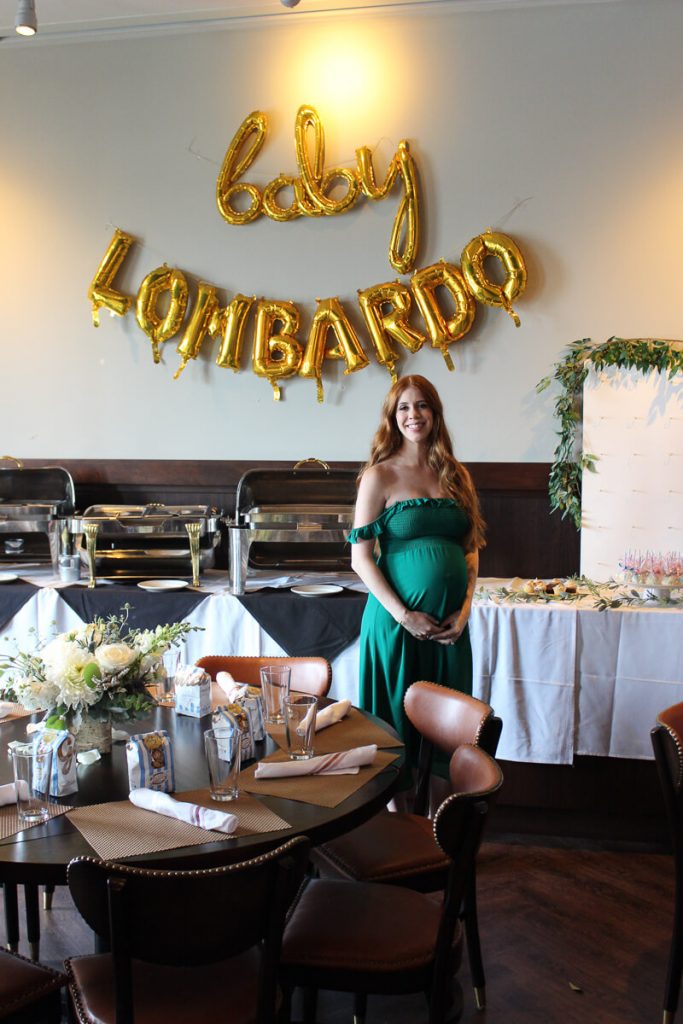 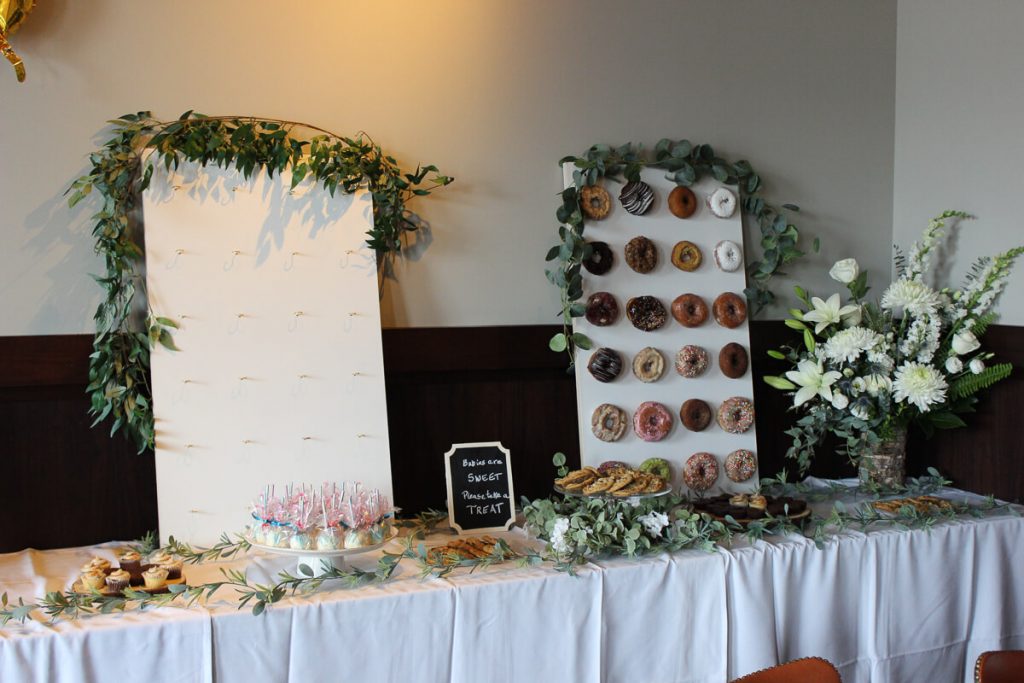 Let's be honest, we actually started planning her baby shower in 1986... 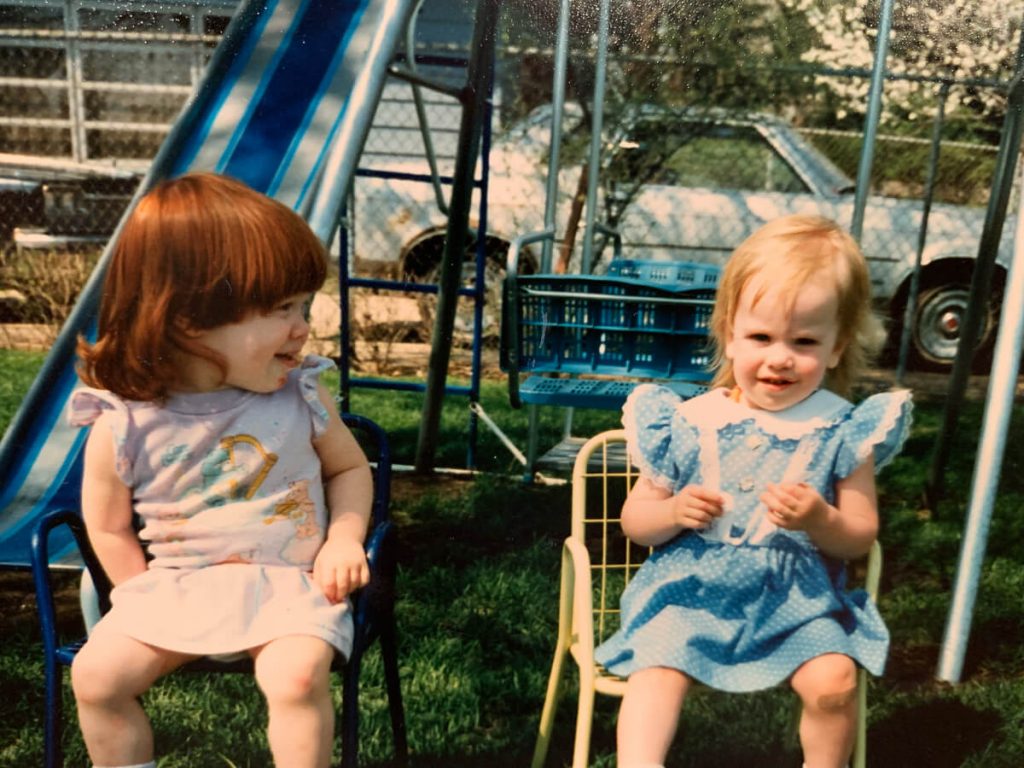 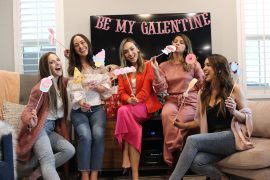 How to Plan a Galentine’s Day Party 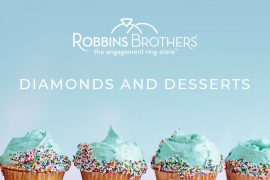 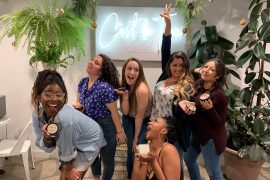